As a manager, you can set the tone by implementing simple techniques to provide employees with a bit of fun and enjoyment. But why? Laughter is an important part of being human. Who doesn’t love laughing!? We all need to laugh!

Especially now in these hard times, where we can sometimes forget to laugh. Here is some information on the importance of laughter!

William Fry Jr, the ‘Doctor of Humour’, has researched the power of humour for over thirty years. He is convinced that laughter is a total body experience, an ‘internal massage’ that embraces all the body’s systems – muscles, brain, nerves, digestion. Following stimulation and exercise caused by laughter, the body relaxes.

Indeed, claims Fry, like jogging, laughter is a good aerobic exercise. It aerates the lungs, relaxes the muscles, nerves and heart, expands breathing and circulation, and enhances oxygen intake and expenditure. He says that 100 to 200 laughs equals ten minutes of rowing and jogging.

So, keep yourself on track by using a little humour in your daily work life. If laughter heals, just imagine what a little ‘lightening up’ will be able to do for your organisation and your management style. 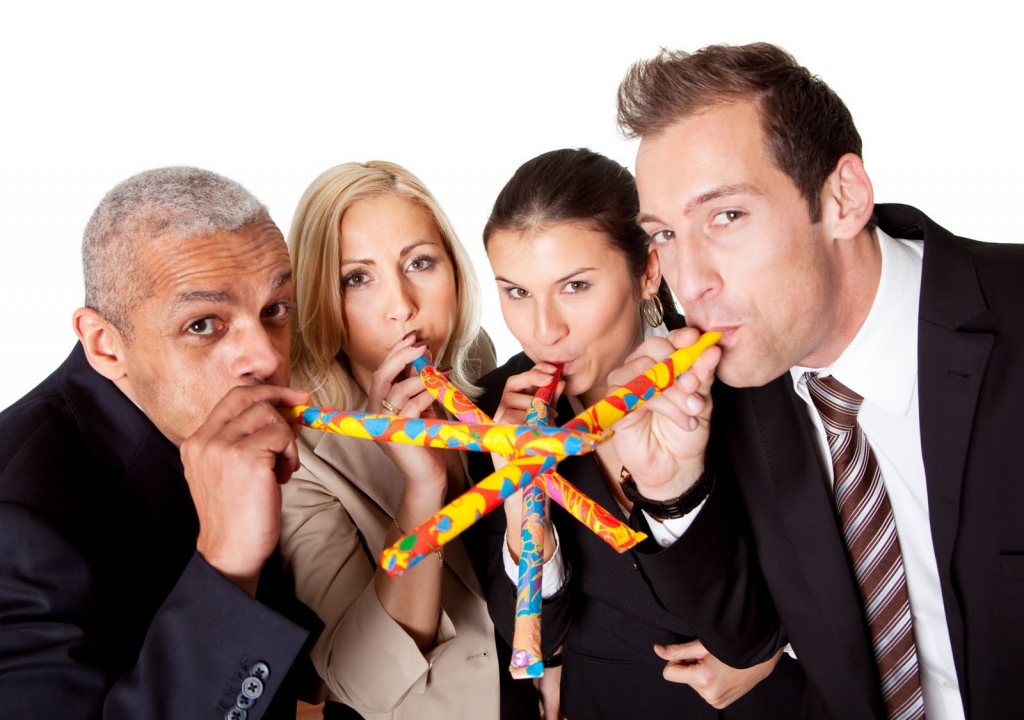 Health experts have long suggested that laughter and a generally positive outlook on life were linked to better health. Recent research has revealed that a good belly-laugh could also ward off heart disease. University of Maryland Medical cardiologists have found that people with heart problems generally laugh less often than healthy people, even in positive situations, and were more angry and hostile. Laughter is a form of relaxation and one of the big stress breakers. The bottom line is: try to see the funny side of school life and make it a habit to share a laugh with colleagues and students as often as you can.

Let’s not get too serious

Side-splitting, tummy-holding, face-hurting laughter seems to be second nature to small children. Studies have shown that they laugh about 400 times a day.

Then comes the serious business of growing up. By the time we reach adulthood, we’re down to a measly 15 laughs a day-even though research has shown that laughter can raise levels of endorphins and lower production of stress hormones.

Laughter offers a uniquely trustworthy sign of this friendliness. Unlike other emotional signals — especially a smile, which can be feigned- laughter involves highly complex neural systems that are largely involuntary: It’s harder to fake…

In a neurological sense, laughing represents the shortest distance between two people because it instantly interlocks limbic systems.

This immediate, involuntary reaction, as one researcher puts it, involves “the most direct communication possible between people — brain to brain – with our intellect just going along for the ride, in what might be called a ‘limbic lock’.”

No surprise, then, that people who relish each other’s company laugh easily and often; those who distrust or dislike each other, or who are otherwise at odds, laugh little together, if at all.

In a study of 1200 episodes of laughter during social interactions, the laugh almost always came as a friendly response to some ordinary remark like ‘nice meeting you’, not to a punchline.

A good laugh sends a reassuring message: We’re on the same wavelength, we get along. It signals trust, comfort and a shared sense of the world; as a rhythm in a conversation, laughing signals that all is well for the moment.

At Global Training Institute we value high-quality training that is set to the Australia Qualifications Framework standards. We offer nationally accredited qualifications as well as ‘soft skill’ short courses. If you are looking for quality online training in the areas of Management, Business, Project Management, Leadership, Civil Construction, Mining or Corporate Governance, please feel free to contact us on 1800 998 500 or email us at [email protected]