“Lives of great men all remind us
We can make our lives sublime,
And, departing, leave behind us
Footprints in the sands of time.” 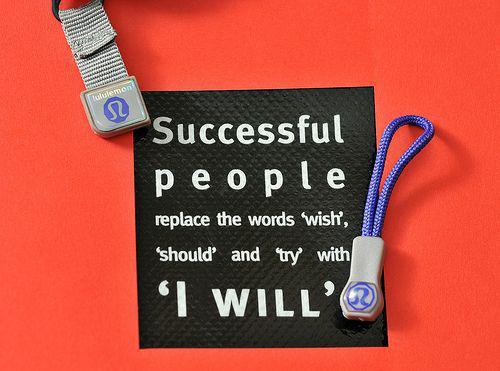 If you have a desire to be successful it’s important you harness that desire and make sure you are taking the right steps to make it a reality! Successful people don’t become successful for no reason. They put a lot of work and effort into their success! Here are a few more tips for you to think about. It’s quite humbling to realise that we can leave this earth having made an imprint in a positive or negative way. What imprint are you leaving?

In his book Lincoln on Leadership, Don Phillips saw Abraham Lincoln as a role model for today’s leaders…

He managed without overmanaging. Lincoln always gave his generals many suggestions, but never ordered the generals to follow them. He ‘empowered’ people before that word was even invented.

He got out there with the troops. In an earlier version of ‘management by walking around’, Lincoln often left the White House to spend time with the troops – more than any other US president has done – and was the first to come under enemy fire.

He knew what he wanted. His ‘vision’ was set in stone: an undivided union, with no slavery. He gave his followers something to strive for, a reason to keep moving forward.

He never sugarcoated the bad news. ‘Honest Abe’ gained respect and trust by always telling the truth to his subordinates, even when the truth was bad news.

Take some time to think of people who have demonstrated leadership qualities to you. Who are the leaders you know? Make a list of them today. The list could include your boss, co-workers, spouse or relatives, and friends, as well as historical figures, people you’ve met via books, television, or other media. It makes no difference how long you make your list.

Now, why do you consider the people on your list leaders? What did they do to deserve that honour? List their qualities. Explain your reasoning. To become a leader, you’ll need to develop the same or similar qualities.

Would you say you’re already on track? How can you speed up that process? And if you’re not on track, how can you get there? Use your answers to set some targets for your life; then proceed to achieve those targets.

Managers become examples the moment they participate in the group and, from that moment, individuals with whom they work are likely to copy the manager’s attributes, characteristics and methods…

I’d rather see a lesson
Than hear one any day.
I’d rather you walk with me
Than merely show the way.

The eye’s the better teacher
And more willing than the ear,
And counsel is confusing-
But example is always clear.

The best of all the leaders
Are those who live their creeds,
For to see good put into action
Is what everybody needs.

I can soon learn to do it
If you let me see it done.
I can watch your hand in action,
But your tongue too fast may run.

So, the counsel you are giving
May be very fine and true,
But I’d rather get my lesson
By observing what you do.

Albert Schweitzer once wrote: ‘Example is not the main thing in influencing others. It is the only thing!’ Which is why role-modelling is such an important ingredient in the workplace for our staff – and for us.

Why does it take some of us so long to get things done in our organisations? Well, perhaps Tom Peters has the answer. Is it that we don’t possess sufficient of that ‘purposeful impatience’ upon which a number of well-known leaders have built their reputations?

Take former US Presidential candidate Ross Perot of Electronic Data Systems and General Motors, for example… ‘At General Motors, the first thing you lot do when you see a snake is to organise a committee on snakes. Then you bring in a consultant who knows a lot about snakes. Third thing you do is talk about it for a year. Me, I see a snake and I kill it!’

Or Chrysler’s Lee Iacocca. He wanted to add a convertible to the company’s product line. His first engineer promised a prototype – in nine months. Iacocca was furious: ‘You don’t understand. Go find a car and saw the top off the damned thing!’

Or Perot again: ‘It takes five years to develop a new car in this country. Heck, we won World War II in four years.’

Achievers, says Peters, must be ‘purposefully impatient’ every day.

Anecdotes which illustrate the personal qualities of successful people provide valuable insights for us as we attempt to chart our own career paths. By reading the biographies and autobiographies of such achievers, you, too, can begin emulating those qualities that have made such people so successful.

As George Ballas drove his vehicle through the car wash, he was fascinated by the strings of the brushes as they whipped and massaged his car – particularly the way they straightened out at high speed.

His thoughts turned to the chores he had to do when he got home, especially trimming and edging the lawn. Then it struck him-why not use a cord, whirling at high speed, to trim the long grass and weeds?

George headed home to assemble a model. His crude invention tore up the turf and made a shocking noise, but at least it worked. The whipper-snipper was born.

Although George throught he had come up with a winner, his detractors continued to tell him: ‘You surely don’t think you can use nylon to cut grass!’

But George was not put off. He invested his own money, paid for his own commercials, and was swamped with orders from across the country. Weed Eater Inc. became a multi-million dollar international corporation.

George Ballas is a useful role-model for all of us because, chances are, there’s a little of George in each of us. Indeed, there are three basic lessons we can learn from him:

You can control your own thoughts and actions. As an example, some experts tell us that the main cause of our stress is the way we talk to ourselves. And when you attribute blame to another or others for your failure to achieve a certain outcome, you’re really saying that someone else has more control over your life than you do.

The raising of a hat

Many years ago, an African boy was out walking beside his mother when a white priest came by. The priest raised his hat as he passed, and the boy was astonished for he had never seen his mother treated with such respect by a white person.

Some time later the boy had to spend some months in hospital and each week he was visited by the same priest. As a result, the boy in time embraced a committed Christian faith. The boy was Desmond Tutu, later to become the Archbishop of Capetown, whose impassioned please and sermons helped end apartheid in South Africa and earned for him the Nobel Peace Prize.

It’s a story worth remembering, for it illustrates the importance of role models and, in particular, that we should never underestimate the impression that even a small act – such as the raising of a hat – can have on others.

Wise words from the Chief

US President Richard Nixon regarded his college football coach ‘Chief’ Wallace Newman, a mixed-blood American Indian, as an almost mystic influence on his life, describing him as ‘a fine coach but an even more talented moulder of character’:

“The Chief was always trying to inspire us to be competitive and never to give up. You know in those days they used to say in some of the so-called better schools, it isn’t whether you win or lose but how you play the game that counts. And the Chief said: ‘That’s all fatuous nonsense. Of course how you play the game counts. You must always play fair. But you play to win. And if you don’t win you kick yourself in the butt and be sure you don’t make the same mistakes again.’ He drilled that into us, and I must say I was affected.”

Nixon: A Life by Richard Aitken.

If you are wondering how can take action and become successful, or want some advice on the courses that would be applicable to your situation, please contact us at Global Training Institute. Global Training Institute is a Registered Training Organisation committed to helping people achieve their career goals. We offer courses in Management, Business, Corporate Governance, Leadership, Project Management and Civil Construction. We’d love to talk to you and help you in your career journey! Call 1800 998 500 or email [email protected]