Whether you’re just entering the workforce or have been entrenched for many years or are creating your own business, the world of work is an intrinsic part of all of our lives. And for a relative few, it’s not all about the money. Our lives in the work world can take many transitions: As a teenager just entering the work world, it may be to earn enough money to buy a car, clothes, afford dates and for some, earn tuition into college. And along the way, discover if the type of work is one that appeals enough to continue, or indicates the need to try something else.

For others, who have taken a chosen path through college and are preparing to enter the work world, their focus will be following their path into positions for which they’ve studied. Although it’s just as possible that along the way, they may discover a penchant for something entirely different. 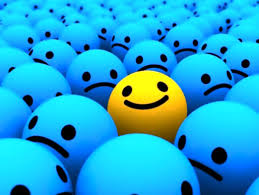 For those who have been entrenched in the work world for many years, it’s quite possible that their initial position(s) and intention(s) may have been shaped or even curtailed by the need to earn enough money to support a lifestyle that may include a spouse and maybe children and a mortgage.

For others, it’s not a rare occurrence that they have taken the lowliest, “entry”, position and worked their way up through the workplace and achieved all they desired in terms of personal accomplishment, respect within the workplace and garnered the wealth they need to support whatever their lifestyle.

For those who are creating their own business, it’s rare that it’s done right out of school, but more often a result of experience already gained working for someone else and in the belief that they can earn enough money to support an idea/product/service of their own, as well as support themselves. And hopefully, when it comes to hiring others to support this new business, experience has also been gained as to how to treat employees to get the best from them.

Whatever your position in relation to the world of work, one thing is clear – Your attitude towards work and/so how you approach it makes all the difference in how well you succeed. You know the old saying about how there are no small parts, only small actors? It’s like that in the work world. There are no small positions, only small minds. Regardless your position in the work world, there is always opportunity to improve your lot. So if you foster an attitude that you are not limited to your position, and approach each work day with an open mind and pay attention, you will discover ways that you can go from a sales clerk to store manager in just a few months.

Now if you’re thinking this sounds a bit like those commercials on tv that are suggesting you can go from a size 22 to a size 10 in a few months with their weight loss product and you think to yourself it sounds too good to be true, perhaps you didn’t pay attention to the part, “combined with exercise and a sensible diet”. Which is to say, that whether it’s losing weight or achieving success in the work world, you will have to pay attention to everything that is going on around you, what you are doing and make a concerted effort to integrate yourself. In other words – You will have to work at it.

THERE IS NO SUCH THING AS OVER NIGHT SUCCESS

The only way to achieve success is by planning your work and working your plan. And that’s much easier said than done. On and off the Internet. Don’t believe the hype that it’s “easy”, to achieve financial independence and monetary success via the Internet. It’s not. In fact, it may very well be even more difficult to make a successful go of it on the Internet as opposed to in the “real”, world. Mostly because doing business on the Internet is still a relatively unknown quantity. Whereas in the “real”, world there are established ways of building a business and even well established businesses built upon helping others build a business. Sure there are scores of websites designed to encourage you to start building your own business on the Internet, but – There are so many different attitudes and approaches towards doing so that it’s quite overwhelming and hard to know which ones really work. There have been many people who have lost everything because of following a certain “guaranteed”, path of creating a successful business on the Internet.

Best advice – Don’t spend one thin dime or even attempt to start your own business on the Internet until you’ve taken a good deal of time and done extensive research of what’s being presented as THE way to achieve success on the Internet. And if you do achieve a state where you believe that you know what will work for you – Be prepared to work, work, work. Establishing and maintaining a viable business on the Internet is no free or easy ride. And if you work in the “real” world, here’s the real deal – To achieve success from/with/in any position, the first steps you can take are to be at work every day, on time and to agree, without question, to do whatever is asked of you. Of course, you shouldn’t do anything unethical, but in today’s work world, it’s very rare that an employer would even suggest such. Too much corruption and unethical behavior has been exposed and too many organizations have been established to protect people in the workplace for this to be a common occurrence.

A key example of practicing a positive attitude and approach regarding your work position: Consider your employer, all the way to the top position, as a person instead of, “THE MAN”. A person, just like you, who had to start somewhere, learn the ropes and make the climb to where they are. Then, take a look at the big picture and ask yourself just how much you know to be able to run a company with all its complexities, right down to the process of hiring you. If you consider your superiors as people who have not only earned their positions, but as people who have to continue to earn their positions, you’ll find that your attitude and approach towards them and consequently, the experience of working with them, will improve exponentially. So what we’re talking about here is learning to adjust your own attitude and approach to become an asset to your workplace, which will naturally benefit you. And by being an asset, those who are in positions to help you advance within the workplace will be more likely to do so.

If you add to this mix a willingness to go the extra step, by volunteering at least your enthusiasm to learn more, do more, then you really will get noticed and yes, promoted, to the level of your incompetence, as the joke goes. See, most people become their own worst enemy within the workplace because of their lackluster attitude and approach. Instead of looking for ways that they can keep their days at work at least interesting, if not exciting, which just naturally leads to advancements, they start watching the clock, goofing off, calling off sick and generally start seeing their position as a dead end job. That’s not to say that there aren’t times when work positions truly are dead ends, but again, with a better attitude and approach, one can at least make the best of it, and begin looking for another position that may be more satisfying.

There are several important benefits of making the most of your current work position while seeking another:

1) It’s a fact that it’s much easier to find new employment when you’re already employed.

And – 2) It will allow you to give a two week notice, which is regarded as a common courtesy within the work world.

Doing so will allow you to leave one position with a positive reference, and prove to your new employer that your attitude and approach is about doing the right thing.

Even if you’re someone who has been at the same workplace without feeling like you’re on the “fast track”, to improving your lot, but you believe it’s better to have a steady job than risk unemployment because you do have responsibilities – Take a good, hard, long look at your attitude and approach towards your work position and start thinking in terms of what YOU can do to improve it, instead of lamenting how it’s lacking. But, if your efforts do not improve your position, start sending out resumes. Believe it or not, employers of other companies, especially if they’re in competition with your current employer, love to “steal”, away a long time employee. Such a transition usually is just what you need to achieve the advancements you had been seeking. Then we have the relatively rare individual whose attitude and approach has been to actively participate within their workplace while “absorbing”, everything they could until they achieve a state of self confidence that leads them to believe they have what it takes to strike out on their own.

It may be with an improved product/service based on their previous work experience, or it may be based on solid research of an idea for a product/service they have happened upon for which they believe there is a need and one they believe they can market. These individuals have definitely chosen the road less traveled – If it was easy, everyone would be doing it. For those of us on the sidelines, all we can do is support them however we can, to help them achieve success.

Whatever path you’re on with regards to the world of work, bottom line – Success doesn’t discriminate. It’s equally available to everyone, regardless of age or sex. You have only to cultivate and practice the hard won lessons learned by those before you and always be looking for opportunities to improve. If you’re serious about achieving success in your workplace, as an employer, an employee or as someone who is self employed, do a little research and discover the resource specifically created to help you understand the work world and how it works, from all sides.