In our last blog post we discussed some step by steps to delivering a memorable speech. Here are some more tips to take with you next time you have to make an important speech! 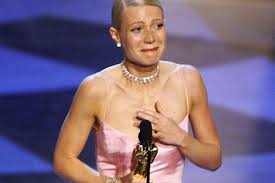 “Become interested enough in your audience that your prime concern is how to get your message from you to them. When you think more about how you are going to put your message across and less about what people will think of you, you will end up a better communicator. So allow yourself to release your energy in a positive way.”

Be aware of this. Make a conscious effort to look at people in the audience for at least five seconds before moving on. And, whenever you have the urge to say ‘ah’ or ‘um’, simply pause, and glance over your notes or take a drink of water.

In short, I will go on ‘learning to play’ until I have ‘learned to play’ and then I will begin to play. Of course, this is nonsense. There are not two processes, but one. We learn to do some-thing by doing it. There is no other way. So, too, with speech-making.”

Once more with feeling

Actor Charles Laughton was at a dinner party in London just before Christmas. Late in the evening, the host asked everyone to recite or read a passage that represented the Christmas spirit.

When his turn came, Laughton read, in his beautifully trained voice, the Twenty-third Psalm. All applauded the effort.

Everyone eventually participated except an elderly aunt dozing in the corner. The family woke her gently, explained what was happening, and asked her to join in.

She began, in a shaky voice, ‘The Lord is my Shepherd, I shall not want. . .’ The room hushed, and by the time she was done, tears streamed down every face.

Laughton’s recitation resulted in appreciation; the aunt’s in deep connection and involvement.

‘How do you account for it?’ someone asked Laughton later.

‘I know the psalm,’ he said, ‘She knows the Shepherd.’

Authentic leaders and speakers touch deep values in themselves and others. Passion is far more powerful than polish.

And that’s valuable advice to take on board next time you’re preparing for a speaking engagement.

American political identity Jesse Jackson admits he is ritualistic when it comes to making a speech in public. He follows the 5As principle…

-Then get their Attendance.

‘I often deliberately start a speech in the worst possible way,’ says US circuit speaker and communications expert Bert Decker.

‘I lay a stack of pages on the lectern and start reading in a flat, monotone voice. No gestures. Eyes glued to the page. I support my key point – that as communicators we need to make emotional contact with listeners and keep them involved.’

‘As I say that, I do everything possible to sabotage my own likability, to turn listeners off and drive their energy into the ground.

‘In a minute, they’re bored and yawning. Then I raise my voice, toss my “notes” behind me, and step out from behind the lectern. A ripple of surprise and suspense goes through the room.

“How many of you completely tuned out while I was talking from that lectern?” Lots of sighs of relief but no hands. “Oh, come on! Admit it. I just got through boring you to tears. How many of you tuned me out completely in the first five seconds of my so-called speech?” Grins and a massive show of hands. “And does anyone remember the four points I made? Two? One?”

‘Maybe one or two people remember a point; the rest of the audience has no idea what facts I read. But when I bring the energy up, when the listeners realise someone cares enough to communicate with them, their interest and retention always zoom…’

The point of the story is that, if you want to be memorable and persuasive when delivering a speech, the primary variable is not your words but your behaviour.

Build bridges into your next speech

Bridges are essential ingredients in giving an effective speech or presentation. They make your speech more coherent and provide your listeners with structure:

If you’re to make a presentation, then, according to 3M’s ‘How to make a better presentation’, you can’t go wrong provided you adhere to the following ten tips:

If you are interested in developing skills such as these, give us a call today and we can help you identify what course or qualification best suits your needs. Call us on 1800 998 500.