“Achievers have one crucial characteristic in common: they are constantly looking for new ways to impact their environment. The initiator knows that there are dozens of opportunities to initiate in every organisation. It’s a way of looking at the world that spawns not only major breakthroughs, but a steady stream of small gains (which in retrospect often look like breakthroughs).

When you decide to initiate, you become a player instead of a spectator. And though taking initiative certainly has its material rewards, the good feelings of accomplishment and control over your life are even better.”

As we took a look at our goals from the start of the year in our last blog post, we wanted to share some inspiring stories with you about people who really did take initiative and didn’t let anything hold them back. You too can do this! 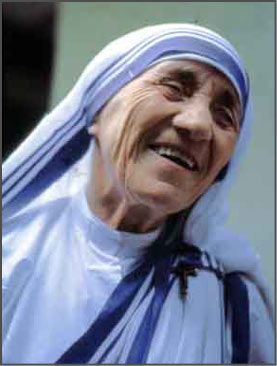 When Mother Teresa, whose Missionaries of Charity treated hundreds of thousands of lepers and AIDS victims, visited New York several years ago, she took the initiative and showed how well-focused and confident leadership can turn a vision into reality. After addressing the United Nations in New York, Mother Teresa visited Sing Sing prison. There she found four inmates there had AIDS. Later, she went to New York’s city hall and met Mayor Ed Koch. She asked Koch to get Governor Mario Cuomo on the phone. ‘Governor,’ she said, ‘I’m just back from Sing Sing, and four prisoners there have AIDS. I’d like to open up an AIDS centre. Would you mind releasing those four prisoners to me?’

No doubt happy to have the four inmates removed from State custody, Cuomo quickly agreed to her suggestion.

‘Now let me tell you about the building I have in mind,’ she continued. ‘I’m sure you wouldn’t mind paying for it.’

Ah Well, of course not.

Turning to Koch, she said, ‘Today is Monday. I’d like to open the centre on Wednesday. We’re going to need some permits cleared. I’m sure you could arrange them for me.’

‘As long as you don’t have me agreeing to wash the floors,’ replied the mayor.

A true achiever is an ordinary person with an extraordinary determination, someone prepared to take the initiative and make things happen. Mother Teresa was such a person.

He was known as The Insect Man. He spent most of his 92 years observing insects and spiders in the gardens and fields near his home in France, recording his fascinating life’s work in a 10-volume Souvenirs Entomologiques. He was awarded The Legion of Honor – despite having once been fired as a teacher for having dared to allow girls to attend his science classes. His name was Jean Henri Fabre.

A great many scientific societies recognised his achievements, although much of his work involved very simple observations of insect life.

Like his experiment with processionary caterpillars -wormlike creatures that travel in long undulating lines, at the same pace and rhythm, giving no thought to their final destination. Without forethought, they simply follow the leader.

Fabre placed a group of these caterpillars on to the rim of a large flowerpot. The leader was nose-to-tail with the last caterpillar in the slow, deliberate, non-ending parade. Even for Fabre, it was impossible to distinguish the leader from the followers.

Fabre placed an abundant supply of food in the middle of the flowerpot. Day after day, night after night, the caterpillars paraded around and around the rim. After seven days and nights, the caterpillars, one by one, began to die of starvation and exhaustion.

The abundant supply of food was only centimetres away and only slightly outside the path of the procession. The caterpillars’ source of life was visible, but unavailable because the creatures were reluctant to break out of their habitual processionary formation.

Unfortunately, in an age of fast food, 24-hour television, packaged entertainment and the fast buck, it is easy to become caught up in the habitual side of life and work, bogged down, living and working without really accomplishing anything. Achievers aren’t like that. They break out of the procession and make things happen.

When a sudden storm blew up at sea, a young woman, leaning against the ship’s rail, lost her balance and was thrown overboard.

Immediately, another figure plunged into the waves beside her and held her up until a lifeboat rescued them.

To everyone’s astonishment, the hero was the oldest man on the voyage – an 81-year-old gentleman. That evening the captain threw a party in honour of his bravery.

“Speech! Speech!” the other passengers cried.

The old gentleman rose slowly and looked around at the enthusiastic gathering.

‘There’s just one thing I’d like to know,’ he said testily. “Who pushed me?”

Achievers in this world have one crucial characteristic in common: they are forever on the lookout for new ways to impact on their surroundings. When they decide to take the initiative and make things happen, they become a player instead of just a spectator.

Look for ways of improving things around you. Stop every so often and ask yourself: ‘What’s not working?, What could be done better?’ Challenge the routine ways of doing things. Be action-oriented. Make a name for yourself by accepting the challenge that nobody else wants – that’s how successful leaders are made. By opening your eyes, you’ll see opportunities for initiative everywhere.

So – do you stand around, hoping things will happen, waiting to be pushed by someone else (like the old gentleman on the ship) – or do you always try to take the initiative and make things happen yourself? That’s the difference between the achievers or go-getters in this world, and the also-rans. Which are you? 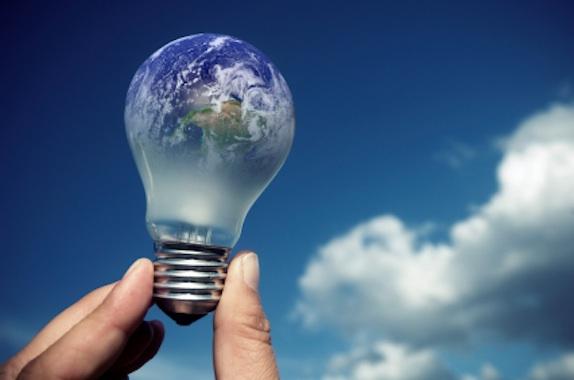 It’s a bizarrely inspirational story about Californian Larry Walters who, in the early 1980s, retired from the United States Air Force. Several decades earlier, he had joined the Air Force – with a burning ambition…to become a pilot. Unfortunately, poor eyesight disqualified him.

So, when he finally retired from the service in the 1980s at age 52, he had to satisfy himself with watching others fly the jets that criss-crossed the skies over his backyard. As he sat there each day in his garden chair, he still dreamed about the magic of flying. Then, one day in 1987, Larry Walters got an idea.

He went down to the local army-navy disposals store and bought a tank of helium gas and 45 weather balloons. These were not your brightly-coloured party balloons. These were the heavy duty silver ones that measured over a metre across when inflated. Back in his yard, Larry used straps to attach the balloons to his garden chair. He anchored the chair to the bumper-bar of his jeep with a rope, and inflated the balloons with helium He packed a few sandwiches, took a 3/4 filled bottle of red soda-pop from the fridge, and a loaded air rifle. His preparations complete, Larry Walters sat in his chair and cut the anchoring cord with a Stanley knife.

His plan was to float lazily around few hundred feet above his house and then pop a few balloons with his air rifle when it was time to return to earth. So Larry cut the cord – but he didn’t float lazily up. He shot up as if fired from a cannon! Nor did he go up a couple of hundred feet. He climbed and climbed until he finally levelled off at 11,000 feet. On the way up his red soda-pop bottle burst all over the front of his white T-shirt. Larry was frozen with terror.

At that height, he could hardly risk deflating any of the balloons, for fear of unbalancing the load or plunging to earth. So he stayed up there, drifting around for 7 hours, totally at a loss as to how to get down.

Towards late afternoon, he drifted into the approach corridor for Los Angeles International Airport. A Pan Am pilot radioed the tower about passing a guy in a garden chair at 11000 feet. He had a gun in his lap and it looks like he’d shot himself (the red soda pop). (Now there’s a conversation-between the pilot and the traffic controller- we’d have all liked to listen in on!)

LA Airport is right on the ocean, and you may know that, towards nightfall, the winds on the coast begin to change. So as dusk fell, Larry began drifting out to sea. At that point, the Navy despatched a helicopter to rescue him. But the rescue team had a hard time getting to him, because the draft from their blades kept pushing his home-made contraption further and further away.

To cut a long story short, they were finally able to hover well above him and drop a rescue line with which they eventually hauled him back to earth. As soon as Larry hit the ground, he was arrested. As he was being led away in handcuffs, a television reporter called out “Mr Walters, why’d you do it?”

Larry stopped, eyed the man and replied nonchalantly: “We just can’t sit around and let time pass us by.”

There’s something ‘bizarrely inspirational’ about Larry Walters’ adventure and his one-liner. But there’s value in it as well. Do you want to sit around and wait for something to happen-or do you want to make it happen?

A cold winter is coming

In the 1850s, towards the end of winter in a great North American forest, a woodcutter was in the process of chopping wood when an Indian passed by and greeted him politely. The woodcutter believed that Indians had the power to foretell events so he asked the Indian if he should chop a lot more wood in readiness for the approaching winter.

“Tell me, Indian,” he said, “do you think this winter will be a cold one?”

The Indian answered: “This year, winter cold.” And he continued on his way.

A few days later, the same Indian passed by the same woodcutter who was chopping wood.

“Hello, Indian, so is this winter really going to be cold?”

And the Indian’s reply was even more adamant: “This year, winter very cold.”

The woodcutter went back to work with even more vigour.

The following week, they met once again and the woodcutter, still hard at work, and by now tired and worried, asked the same question: “Really very cold this winter?”

The woodcutter lifted his axe once more but, intrigued, turned to the Indian and asked: “But how can you be so sure that this winter will be so very cold?”

The Indian paused for a moment, looked straight at the woodcutter and said: “Old Indian Proverb say: ‘When the white man chop wood, winter cold.'”

Patrick Korenblit, in ‘Taking the Initiative’, reminds us of the implacable logic of this Indian’s prediction. Taking the initiative is simply a reaction and, in doing so, we respond to an outside stimulus.