“Conducting a meeting without a plan is much like trying to build a house without blueprints. It can be done, of course, but the end result is likely to be less than desirable and the process can be expensive and nerve-wracking.” 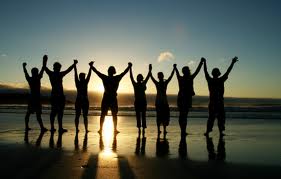 Never introduce an idea, strategy, plan, or concept for the first time in a meeting. Chances are, your staff will spend the whole meeting trying to grasp the concept – and that’s not what a meeting is for. Give them detailed handouts, and other reading material well before the event, so that they have an idea of what’s to be discussed. Then, make better use of the meeting time to expand, clarify, and improve the concept.

If you’re planning to hold a meeting, particularly one where the roll up is voluntary and unpredictable, consider having fewer chairs in place. It gets around the embarrassment of speaking to a half empty meeting and, as well, if more people than anticipated arrive, the bringing of extra chairs into the room will make people marvel at the popularity of the cause.

Poll your staff for the best meeting time

Do you have a regular, recurring meeting that requires employees to be sharp and on the ball-such as the weekly department head meeting where you cover the most important issues in the company? Meeting experts say to schedule your important meetings for times when employees will be the most alert. But when is that? Everyone knows you don’t schedule important meetings on Friday afternoons, when everyone’s thoughts have turned to the weekend, but that still leaves about 35 hours in the week to choose from. Take the guesswork out of the situation by asking employees when they’re at their peak. You may get lucky, and find out 97 percent of employees want it in the morning, mid-week. Consider everyone’s response, and come up with the best time based on what they tell you.

And just for fun…

Once upon a time a baby girl was born to a king and queen. In their joy, the royal couple invited the three good fairies to their kingdom to bestow magic gifts upon the tiny princess.

Meeting at her cradle, the first fairy blessed the infant with incomparable beauty. The second fairy promised that the child would grow up to be as wise and as good as she was beautiful. But before the third good fairy could present her gift, the evil witch Malevolent burst into the nursery. Furious at not having been invited to this event, she swore that, when the child reached her sixteenth birthday, she would prick her finger upon a spinning wheel and die.

Fortunately, the third fairy could cancel this evil curse. She accepted that the princess would prick her finger but, instead of dying, would sleep for a century, until Prince Charming should awaken her with love’s first kiss.

And so it happened, producing the longest postponement of any love match on record – 116 years before Sleeping Beauty and her prince could finally get together.

The message for managers? You must be very careful indeed about whom you invite – or don’t invite – to your meetings.