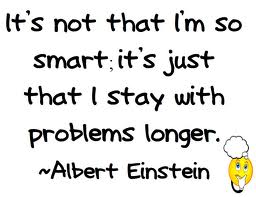 According to a study by the University of Southern California, decision making is easier and about 20% faster when standing rather than sitting. A general observation was that respondents were prone to action when they stood. The research found that the heart rate increases by 10 beats per minute when standing and this may stimulate the brain to work faster. So, when faced with a difficult issue at work, stand and walk around periodically, taking deep breaths to increase the oxygen intake, to ensure the cardiovascular system is operating at a level to stimulate the brain.

The problem with decisions…

Peter Drucker in The Effective Executive.

The pile of potatoes

One day a Tasmanian farmer hired Arthur Hogan, an itinerant labourer, to do some work around the farm. He asked him to paint the barn and estimated that it would take three days-Arthur did it in one day.

Then he asked him to cut up a pile of wood. He estimated that would take four days – Arthur did it in two days.

‘This fellow’s the best worker I’ve ever had,’ thought the farmer.

Then he asked Arthur to sort a large pile of potatoes. ‘I want them divided into three groups,’ he said. ‘In the first pile put all those potatoes that I can use as seed potatoes; in the next put those that I can sell; and in the third put those for feeding the pigs.’ He estimated that the job could be finished in a day.

At the end of the day, the farmer went to see how the labourer had done and found only three very small heaps – he had made little impression on the heap of potatoes. The farmer asked what was wrong.

Arthur replied, ‘I can work – but I’m hopeless at making decisions.’

For many of us, decision-making, together with the responsibility that goes with it, is no easy task, as the farm labourer found. But decision-making is an inescapable task for managers, who must make dozens of decisions, large and small, each day. Indeed, in the end, it is the quality of our decisions that determines the success of our efforts.

Easing the rocky road to decision-making

Managers can be required to make many decisions in a day, varying from the mundane to the major. The following questions may help make the road less rocky!

10. Is the decision compatible with company policy and regulations?

11. Have authorised and interested parties participated in the decision?

12. Is the decision based on history and experience? Does it derive from precedent or past practice?

13. Does the decision take into account the risk involved and allow for it?

14. Have I considered the timing of my decision? Is it optimum?

15. Is the decision clear and to the point? Does it leave any questions unanswered?

16. If there are several steps to be taken, do I have them in the right order?

17. Will there be any problem in carrying out the decision?

18. Do I expect the decision will be acceptable to those it affects? Must I be prepared to defend it?

19. Think through such questions before implementing any decision.

Weighing up the pros and cons

A biography of Benjamin Franklin, one of America’s most practical men, outlines his method of weighing up the pros and cons of a major decision which some managers may find useful. In his words:

‘My way is to divide a sheet of paper by a line into two columns, writing over the one Pro and over the other Con. Then during three or four days’ consideration, I put down under the different heads short hints of the different motives, that at different times occur to me, for or against the measure. When I have thus got them altogether in one view, I endeavour to estimate their respective weights; and where I find two, one on each side, that seem equal, I strike them both out. If I judge some two reasons con equal to some three reasons pro, I strike out five; and thus proceeding, I find where the balance lies; and if after a day or two of further consideration, nothing new that is of importance occurs on either side, I come to a decision accordingly.’

So next time you find yourself perched on the horns of a decision making dilemma, try Franklin’s approach. You may be surprised how well it could work for you too – over two hundred years later.

If you are interested in developing skills such as these, contact us today and we can help identify what short course or qualification best suit your needs! 1800 998 500!