You’ve heard it before…NEVER GIVE UP! But how does one practically keep going when the odds seem against them? Explore the facets of giving up and the potential rewards of sticking through the difficult times…

What’s this to do with business anyway?

Some will ask – “What’s a heading like this got to do with business? The answer is – everything.

One of the largest network marketing organisations in the world has a tape, which they give to their employees and agents entitled “Never Quit”. The essence of the message on the tape is that if you don’t quit, you’ll make it.

That should be the quote displayed on every businessperson’s desk. When you think about it, if you never quit you will make it.

Many people in business have quit or have felt a failure simply because they did not believe they could succeed. They lacked faith in themselves to go on and their belief system was poor. Perhaps because of past failures and childhood experiences they built up a poor self-image of themselves and, as a result, lacked confidence.

People in business should realise that every time something doesn’t work out, it’s really only another opportunity to try again. Even though to try again is to risk failure, one must realise that not to try is to guarantee failure.

So to succeed many times you must expose yourself to the risk of not succeeding just as many times.

It was Thomas Edison who said “I am not discouraged because every wrong attempt discarded is another step forward”. 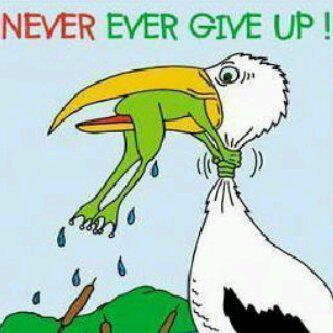 Success never comes easy and there is no one who has succeeded that ever made it without failing along the way. We all know what it is like to feel that at times the world and everyone in it, is against us. It seems that everywhere you turn leads to disaster. First there’s the lack of confidence and then the rejection. This leads to negative thoughts and finally to failure.

The story goes that Winston Churchill was asked to speak at a graduation service. After enduring a rather long introduction, Churchill rose from his seat and strode to the podium, all the time staring at his audience of new graduates. He uttered 3 words – “Never give up!”

Churchill then turned and walked back to his chair and sat down. As the students, now stunned and in silence, waited, Churchill with perfect timing again rose from his chair and returned to the podium. Once again he said the 3 words – “Never give up!”

The audience were amazed and no one uttered a word as their speaker once again returned to his seat. Again Churchill returned to the podium, delivered his 3 words, sat down, and then returned again. He did this 5 times, each time delivering his single-minded message – “Never give up!”

At last, feeling that he had exhausted his audience and driven home his point, Winston Churchill himself gave up and returned to the podium no more.

No graduate in that audience ever forgot that speech.

The rest of the ceremony was a haze but no one ever forgot those 3 powerful words.

We will never know how the world was impacted by the achievements of those graduates in the fields of commerce, science, arts, law, technology and languages through the inspiration of those 3 words – NEVER GIVE UP.

Of all the messages that Ezybusiness can contribute to your success, the most important without doubt is the encouragement to Never Quit …Ever…

Dreams are the substances of every great achievement. Men who dream great dreams sometimes become builders of great edifices, such as the Golden Gate Bridge in San Francisco or the Empire State Building in New York. Dreamers develop large cities, construct nations, and write constitutions. In spite of much opposition, laughter, ridicule, hardship and persecution, great dreamers never lose their dream and, because they never lose their dream, they continue on and become a success in this world when they translate those dreams into reality.

Everyone has a dream. It may not be a dream that involves business or money or finances or profit. It may have to do with sport, the arts, a craft, or simply travelling to some part of the world.

There is the old saying that life begins at 40.

The age of 40 is generally the time when we realise that our youth has gone and with it comes the realisation that life has passed us by. There is an evaluation of what has been achieved and often the conclusion is that very little has been fulfilled. It is during this time that many find that their dreams have been shattered. Dreams, goals, priorities and relationships are all affected. If you don’t acknowledge failure it may be the right time to redirect and rededicate or reinforce the direction and goals in your life.

Without a dream, to achieve people are without hope. Without hope life is hopeless.

Young people today particularly experience this feeling of hopelessness because of unemployment, drugs, family breakdown, relationships without commitment, and of course the threat of nuclear war destroying society. In many homes today men and women find it hard to understand one another.

Many men have unfulfilled dreams of being a successful husband, father, or businessman. As a result they have become negative, embittered and critical. Rather than face the reality of their own failures, they blame their wives or circumstances or the environment.

So it is important to keep alive your dream, because with a “never say die” or “never give up” attitude you will be able to retain and realise your life’s goals.

An example of Never Giving Up 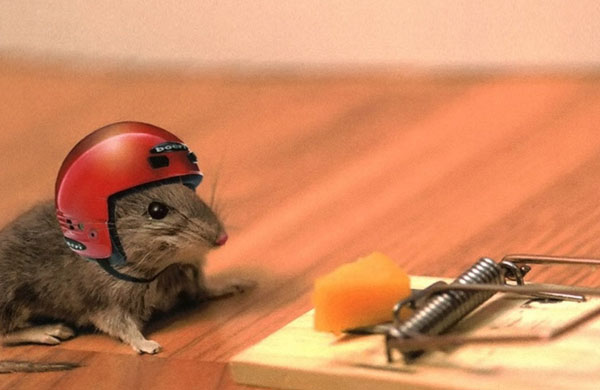 He failed in business and went into bankruptcy in 1831

He was defeated for the legislature in 1832

He failed in business again and went into bankruptcy in 1834

His fiancée died the next year in 1835

He had a nervous breakdown in 1836

He was defeated in the elections two years later in 1838

He was defeated again for the US Congress in 1848

He was defeated for the US Senate in 1855

He was defeated for the US Vice-President in 1856

He was elected President of the USA in 1860

Remember, you cannot fail unless you quit.

You have probably heard the old parable about the farmer who owned an old mule. The mule fell into the farmer’s well and the farmer heard the mule braying and rushed over to assess the situation. After some thought the farmer sympathised with the mule but decided that neither the mule nor the well were worth the trouble of saving. So he called his neighbours together and told them what had happened and enlisted their help to throw dirt to bury the old mule in the well and put him out of his misery. At the same time the well would then be filled and not cause problems to anyone else wandering by.

It wasn’t long before the old mule, battered and exhausted, stepped triumphantly over the wall of that well. So what seemed likely to bury him actually blessed him and all because of the manner in which he handled his adversity.

The moral of the story? – If you have the attitude of never giving up, then generally the solution will reveal itself.

If we face our problems and respond to them positively and refuse to give in to doubt or self-pity or failure, then those adversities will be turned around and benefit and bless us.

There’s another old saying, “Two men looked out through prison bars. The one saw dirt and the other saw stars.”

It’s whether you look up or look down that makes the difference.