In our Western society we have a never negative outlook to failure. The idea of failing is terrifying and we do all we can to keep ourselves on the track of success. However, perhaps we need to change our way of thinking about failure…

Getting at the source of failure

If you treat an employee’s failure the right way, you can turn it to your advantage. If a project flops, sit down with the staff member responsible and, rather than assign blame, explore the reasons for the failure. Search for the cause -were the resources insufficient? were they faulty? was the timing poor? was the planning inadequate? was the data erroneous? did failure reside in a personality trait – a tendency to jump to conclusions, or to rely on ambiguous data? Only then can you correct the problem at its root.

It’s what we learn from the experience of failure that matters. 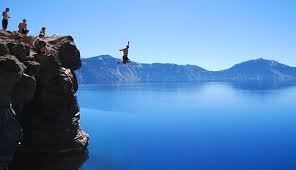 There is a natural tendency to try to hide our failures in the hope that they will not see the light of day. We have learnt such tactics as children and often unconsciously carry them on into adulthood. British business writer Andrew Leigh believes that hiding one’s failures creates energy-sapping guilt which only fosters further fear of being eventually caught out. He says there are two important lessons to be learnt from practising managers who have had to cope with failure:

Many management decisions and plans are made without proper attention to the true risks and consequences of failure. Allowing for the worst to occur will do two things: firstly, encourage more careful planning (which may in fact avert the failure) and, secondly, equip you emotionally and strategically to handle the situation should failure occur.

Lesson 2: Ignore the minor mistakes but own up to the large ones.

Healthy organisations would not normally punish for the making of minor mistakes for they become learning experiences. On the other hand, if you hope that a serious failure will somehow take care of itself, then you are likely to be disappointed. Be first to reveal the mistake to your superiors and to staff. And if you don’t, Leigh adds: “There is nothing more guaranteed to affect your standing in the organisation than ostrich-type behaviour… You may find yourself hauled ignominiously into your boss’s office and asked to explain yourself or the situation. The word soon circulates that you are ‘in trouble’ and it may take a considerable time to re-establish widespread confidence in your judgement.”

Get up and learn

Failure plays a surprisingly prominent part in many business success stories, wrote Tom Cannon in How to Get Ahead in Business. Henry Ford, he said, only developed the Model T because the tractors he built were failures. Edison’s ‘ticker tape’ machine worked, but his failure to secure the patents ‘forced’ him to look for new areas for work -like developing electric lighting. He continued: “It is surprisingly hard to find successful managers who got it right first time. The willingness to get up after getting knocked down and to learn from failure is perhaps the single most enduring feature of greatness in managers.”

Weathering the storms of failure

Managers need to be realistic about their limitations when it comes to some aspects of their daily struggles, as Stephen Bailey acknowledged back in 1971:

‘There are times during a year, in a career, in a life, when cyclonic winds and waves will roll over everything in sight and when the skill of the ablest mariner is probably less effective than his praying on his knees-if for no other reason than he has thereby lowered the ship’s centre of gravity.’

In essence, he said, when all else fails, the manager can derive some small measure of hope from knowing that time and circumstance have a way of resolving many of those annoying problems and issues that seem to be beyond anyone’s control.

Failure as an opportunity

The best companies encourage initiative and risk-taking by making sure employees know that honest mistakes and failures are not just tolerated but valued for educational benefits.

For instance, an IBM employee once made a mistake that cost the firm millions. He explained the mistake to founder Thomas Watson, Sr., then said ‘Sir, I imagine you’d like my resignation.’

‘What, are you kidding?’ replied Watson. ‘I just spent ten million dollars on your education.’

Another large company’s marketing department sends new recruits on a retreat with seasoned veterans. Once there, the vets tell stories about all the products they championed that never made it into retail stores. They also explain what these failures taught them about product development and the market. The retreat is meant to encourage newcomers to take risks.

Another firm’s vice president bravely advertises his own failures, which shows everyone else that it’s all right to fail and that you can learn from failures as well as successes.

Each of these companies fosters an environment that says failures are opportunities to learn – as long as you pay attention to them.

“We celebrate it constantly. Our entire mythology is based on unhappy endings. Look at Gallipoli, Simpson and his donkey, Phar Lap, Les Darcy, Burke and Wills, and Gough Whitlam. Australia has, for centuries, conditioned itself to the fizzer, the flop, the dying cadence, the also-ran, the retreat, the defeat. Where other nations, particularly the Americans, go for success, victory, triumphantism, we are more comfortable with coming last.”

At Global Training Institute we value high quality training that is set to the Australia Qualifications Framework standards. We offer nationally accredited qualifications as well as ‘soft skill’ short courses. If you are looking for quality online training in the areas of Management, Business, Project Management, Leadership, Civil Construction, Mining or Corporate Governance, please feel free to contact us on 1800 998 500 or email us at [email protected]