When I first ran across this quote ten years ago, I had to laugh, because it looked like Getty was saying you have to work hard and hope to get lucky. But a decade later, I can see the more relevant meaning, and I’m about to share with you why Getty’s concept, perhaps more than anything else you might ever read, could be what gets you everything you want for the rest of your life.

It’s all about your expectations

In short, it all comes down to your personal expectation as to whether or not you’re going to strike oil. That’s it. That’s where it all starts. I can say this because that’s how reality works – you’re not going to get anything if you don’t work hard to achieve it. But you’re not going to work hard in the first place unless you have a strong enough expectation that you’ll be successful (or at least be successful at learning from the experience). 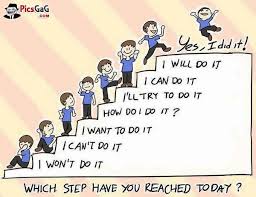 This is just how life works. Your motivation to take action, and to follow through until the job is done, is directly proportional to your belief that you will succeed. (Side note: In some cases, the belief in success isn’t even necessary – instead, you might be motivated by the fact your action will serve a higher cause, such as a ‘failed’ protest sparking a larger public awareness down the road).

If you break this concept down to the simplest parts, what you have is this: When you believe strongly enough that you will succeed at something, success is practically guaranteed – not because your belief creates the result, but because you don’t give up taking action on a massive level until you get what you want.

When you believe that success is inevitable, you are able to put aside the idea that “failure,” in the conventional sense, is a bad thing. Instead, it’s just a specific attempt that you can learn from. Another life lesson to be accepted and consumed, not feared.

That unwavering belief lets you focus your thoughts on questions like “How can I … ?” rather than “Why can’t I … ?” The perspective of certainty gives you the ability to see obstacles as not these things that stand in your way, but instead as challenges that fuel your growth.

View our blog on Monday to read the expectations we must have if we want to succeed!