Learn How to Criticise Other People Constructively in 8 Steps

Learn How to Criticise Other People Constructively in 8 Steps

No-one likes to be criticised – even justified criticism has the potential to demoralise. But sometimes managers have no other choice; indeed, not critising errant behaviour is often worse than criticising it. But you can criticise staff so that they actually feel good when you’ve flnished. It’s a very complex management skill that can be learned, particularly if you view criticism as an investment in a colleague’s future… 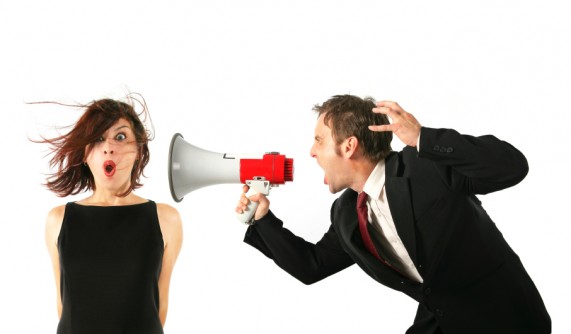 1. Know when and where to criticise.

Criticism should follow errant behaviour as soon as possible, while the experience is fresh in the transgressor’s mind and before anxieties begin to fester or the mistake is repeated. Except in emergencies, such as when a factory worker endangers the life of others, criticise in private, where interruptions can be minimised. If possible, allow for a second contact later in the day, when you can show by your amicability that your regard for the individual has not diminished.

2. Know why you are criticising.

Before confronting the person, know the real reasons for your criticism and make sure they’re valid. Are you criticising to let off steam, to put people in their place, or to show someone who’s boss? Or are you criticising for valid reasons- to motivate to greater effort, to indicate how performance is being judged, or to prevent the recurrence of a particular behaviour?

3. Get to the root of the problem – but first gather your facts.

Find out what went wrong, when and how, before you talk to the person. If you are sure of your facts before you criticise, your criticism will be more convincing. And don’t forget to investigate the ‘why’ and the ‘who’: it might not be the fault of the person you think is to blame. Or the fault may be shared.

4. Be prepared to criticise the act, not the person.

If you get personal and accuse someone of ‘having a poor attitude towards work’ or of ‘being an irresponsible and lazy employee’, he or she can take offence and become defensive; you could buy into a heated argument. Instead, stick to the facts and the evidence of the behaviour you want to change – lateness for work, rudeness to customers, failure to meet deadlines, and so on. People can more easily change their behaviour than their personalities, so they will be more responsive to your message if you focus on the facts.

5. State your concerns as you see them.

Confront the person and share, from your perspective, all information relevant to your criticism. Listen to the other side of the story… but you can’t go any further until you both agree that a problem exists and you are sure that the person understands clearly what you find objectionable.

Although some mistakes are stupid and sometimes you have to make a superhuman effort to avoid sarcasm or invective, the only valid purposes of criticism are positive. Having both agreed that a problem exists, you now can show that you want to help the person you’re criticising. Seek his or her own ideas for improvement. Discuss what can be done to rectify the errant behaviour. Don’t leave the person confused about what action is required.

Providing support is a way of re-establishing your confidence in the person and that person’s confidence in you. You need not re-open the topic (unless it is raised again by your colleague); nor should you nag. Simply keep in touch and be available to help if needed.

Here are a few more important suggestions to keep in mind when next you must criticise another person: